Meditation has greater benefits for intrinsically motivated people with high self-control and only when practised regularly. 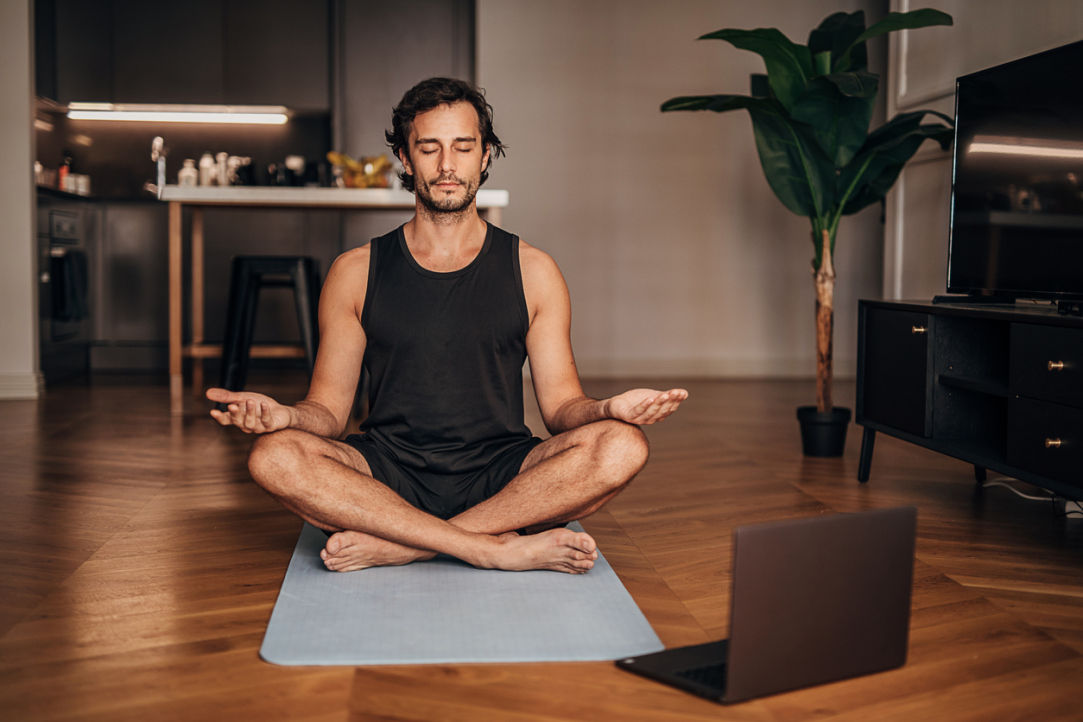 The situation: Meditation has become increasingly popular in the Western world in recent decades. It is popular among people of all ages and social groups.

In practice: Not everyone obtains the desired benefits from meditation. It requires strong personal qualities that allow practitioners to remain consistent and continue practising. This is especially true of online meditation, which has grown in popularity over the course of the pandemic.

HSE University researchers Evgeny Osin and Irina Turilina conducted an intervention study looking into the effectiveness of a short-term online mindfulness meditation course. They discovered that even after a three-week course of daily 10 to 15-minute meditation sessions, novice participants benefitted from improved emotional wellbeing, concentration, motivation and self-reflection. The practitioners were also less likely to fixate on negative thoughts. However, these effects only applied to people who already had sufficiently high levels of self-control and motivation to meditate and were thus less likely to give up on the practice. The research is presented in an article published in Applied Psychology: Health and Well-Being.

What is it about?

In modern psychology, the term ‘mindfulness’ is used to refer to a psychological process typically described as ‘an intentional, non-judgmental focus on the present moment directed in a specific way’ or ‘non-judgmental observation of the flow of internal and external stimuli as and when they appear.’

Mindfulness meditation is popular in both religious and secular circles, and is widely used in clinical and personal development contexts. The authors of the research note that, ‘Numerous interventions aimed at personal growth, coping with stress, overcoming addictions and achieving other goals often include various exercises borrowed from different traditions. These include concentrating on breathing, body scanning and awareness of bodily sensations, loving-kindness meditation, non-reactivity meditation and more.’ Programmes for developing mindfulness can take the form of long-term courses, short-term retreats, and online classes.

Mindfulness has only become a topic of scientific research in the last two decades. However, the psychologists established that the Scopus abstract and citation database now contains nearly 20,000 publications featuring the key word ‘mindfulness’.

Nevertheless, the researchers emphasize that there are numerous unanswered questions about the mechanisms behind these positive effects of mindfulness. One such question is why mindfulness comes easily to some and not to others. In order to understand more about this and gain more insight into the factors that could explain the effects of mindfulness meditation, the psychologists conducted an intensive longitudinal intervention study with novice volunteers interested in meditation.

How was it researched?

The research involved Russian-speaking volunteers recruited through social media. The sample size was 175 people aged between 18 and 67, around 80% of whom were women. More than 75% of participants had a university-level education, and 20% were university students.

For three weeks, the participants received an email with a link to daily meditation session followed by a text message reminder. Audio meditation sessions with an average duration of 12.8 minutes were recorded by Irina Turilina, one of the authors of the research and a practicing psychologist with several years of personal meditation experience. The structure of the meditation sessions corresponded to those found on popular meditation apps for smartphones. The sessions followed the logic of vipassanā meditation, and involved the development of breathing concentration skills (week 1), body scanning (weeks 1 and 2), and practising concentrated awareness of one’s thoughts and emotions (weeks 2 and 3).

The volunteers were asked to fill in surveys before the start and after the end of the course. They surveys were used to investigate the influence of meditation on psychological wellbeing, the effectiveness of the course on mindfulness and reflection, and various aspects of self-regulation. The participants were also asked to provide brief daily reports tapping into their experiences of today’s meditation and difficulties encountered.

The psychologists wanted tested a range of hypotheses, namely:

What are the findings?

The research confirmed that longer practice of meditation brings about more feelings of pleasure and the value of meditation, whereas the feelings of effort and emptiness decrease. Participants with higher levels of internal motivation—a deeper interest in meditation and greater awareness of the importance of training—showed higher levels of involvement. They also experienced stronger feelings of pleasure and meaning during meditation than those participants who were motivated by external and superficial factors, such as the desire to improve their self-worth or win the approval of others.

Higher levels of mental health had a positive correlation with experiencing pleasure and meaning while practicing, and a negative correlation with the likelihood of discontinuing the sessions and experienced difficulty of meditation. The experiment found that participants with higher levels of rumination (the inability to distance themselves from their problems and worries) saw meditation as a practice that required effort.

One important result of the research is the discovery of a link between developed self-regulation skills (being able to manage one’s emotions and behaviour) and decreased levels of effort and emptiness while meditating. In other words, participants with greater self-control skills found meditation easier, experienced less boredom, and tended to overcome tension more quickly while meditating.

Participants with lower levels of self-control were more inclined to give up on the classes and more likely to experience difficulties while meditating. For example, they were more likely to report feelings of annoyance at the instructor’s voice, as well as headaches, boredom, the desire to sleep, etc.

One unexpected finding of the research was that the participants who experienced more emptiness and boredom reported deeper immersion in meditation. This result is in line with pas findings showing that boredom could play an adaptive role in the process of self-regulation: ‘This suggests that participants who are more successful at focusing their attention and avoiding distractions may experience more boredom while meditating—but they are ultimately more capable of becoming absorbed in the practice,’ the research reports.

The results of the intervention study broadly confirm the hypotheses put forward by the researchers. The authors note that meditation is just one area of life where people can encounter difficulties while pursuing their intended goals. ‘It is not surprising that regular meditation requires the skills of self-regulation and self-control, much like any other self-guided activity. The good news is that meditation helps to develop these skills,’ they note.

Why is this research important?

The results contribute to our overall knowledge about the influence of individual differences on the outcomes of mindfulness practices. Moreover, online meditation continues to gain popularity, which is why it is important to understand both how effective it can be and which factors influence its effectiveness. ‘Future research could explore the best ways to create tailored distance-based meditation practices that would take into account different levels of reflection and self-regulation across individuals,’ note the researchers.