Webinar "The Choice as a Process: Theoretical Model and Empirical Research"

On June 14, 2022, the senior research fellow of the laboratory Anna Fam made a presentation. She spoke about the current problems and paradoxes of the psychology of choice, proposed the author's concept of the stages of the selection process and shared the results of research.

The theoretical basis of her research was the definition of choice and the activity-procedural model of choice proposed by Dmitry Alekseevich Leontiev. The consequences of using such a theoretical framework was that in his works the speaker focused on the problems of the phenomenology of choice, ecological validity, paid close attention to the space between decision-making and action in the choice process, to the dynamic and contextual aspects of choice, as well as its individual and personal characteristics. determinants.
In the course of early research, the author differentiated between "fateful" and "everyday" choices and showed that uncertainty tolerance is associated only with "fateful choice" and is not associated with "everyday". Later, Anna Khungovna and her colleagues added another type of choice significance - "intermediate" - and identified three profiles of respondents by choice style ("subjective", "stereotypical" and "risky") based on the "Subjective quality of choice" methodology. The "subjective" type is characterized by independence in the selection process, a positive attitude and satisfaction with the results. “Stereotypical” and “risky” are described by little independence in making decisions, strong emotional conflict, but the first, unlike the second, makes an unsuccessful choice in a situation of a “fateful” choice.
In a series of studies conducted jointly with students, the speaker, based on the answers of the respondents, highlighted the characteristics of high and low quality choices and established the following correspondence: high quality choice = “fateful” choice, low quality choice = “everyday” choice. Signs of a high quality choice turned out to be: meaningfulness, manifestation of efforts, personal contribution, timeliness and emotional acceptance of the chosen alternative. An attempt was also made to study the features of choice in situations of varying complexity, to differentiate complex and simple choices based on cognitive, emotional and temporal parameters. The main conclusion of these studies was that when studying choice, it is necessary to take into account its significance for respondents, complexity (objective and subjective), as well as quality.
In recent studies, Anna Khungovna, together with colleagues and students, deepened the problem of authentic choice, highlighting its features and the content of experience. They also addressed the little-studied topic of regretting unchosen alternatives. Regret can be understood as an emotional reaction, experience or state. Researchers have singled out the phases of experience and the state of regret. Moreover, it was shown that regret about the unchosen alternative is not reducible to grief, experience and other close constructs. In addition, the stages of choice, the role of systemic reflection and introspection in the decision-making process were studied. Based on the results of studying the stages of selection, the initial author's model of the selection process was supplemented, which includes the following phases:

At the end of her report Anna presented a classification of the types of choice, showed that choice can be understood in a narrow and broad sense, as an activity, as an involuntary action, etc., and also introduced the limitations of research and tasks for the future.

The listeners were interested in what methods and techniques exist for the correct decision-making, what personal qualities help a “quality” choice. Some participants were worried about how situations where the choice is made with the ability to return the status quo fit into the paradigm of making an irrevocable choice that prevails in research and what is the role of the removed uncertainty when making a difficult choice in increasing the level of life satisfaction and subjective well-being.

Anna emphasized that the psychology of choice is practice-oriented, since participation in the study of choice itself has an effect on understanding the properties and ways of its implementation. In addition, with the help of special techniques, exercises, you can help a person make a quality choice and not regret what he did. It was also pointed out that often the choice process in real life does not coincide with the description laid down in theoretical models. The speaker suggested that satisfaction with life and satisfaction with choice in a situation of difficult choice are positively interconnected. Moreover, this can be both in situations of subjective and objective complexity. However, this requires additional verification on the available data.

During the discussion, the participants raised the problem of correlating the selected profiles according to the style of choice with the concept of B. Schwartz, as well as the question of the influence of the life situation on the selection process. It turned out that the styles of choice according to the Schwartz model are not reproduced in the studies of Anna Fam. The audience also suggested options for solving some of the methodological problems identified in the report (for example, the study of virtual metaverses to maintain ecological validity), outlined the problems of human rethinking of choice depending on the context, and focused on ways to work with regret after reassessing the choice made in order to maintain the unity of the narrative and not lose the sense of authenticity of choice. All participants of the seminar came to the conclusion that the topic presented in the report is of interest to many, while what they heard, due to the multidimensionality of the results, requires further reflection. 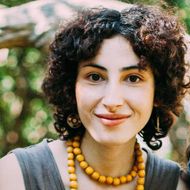